Skip to primary navigation Skip to content Skip to footer

Join our award-winning tour guides on a Palm Springs experience you will never forget! The famous Celebrity Tour takes you through the city on a luxury charter bus to visit famous neighborhoods, legendary secret spots, and the wondrous homes of stars like Frank Sinatra, Elizabeth Taylor, and more. 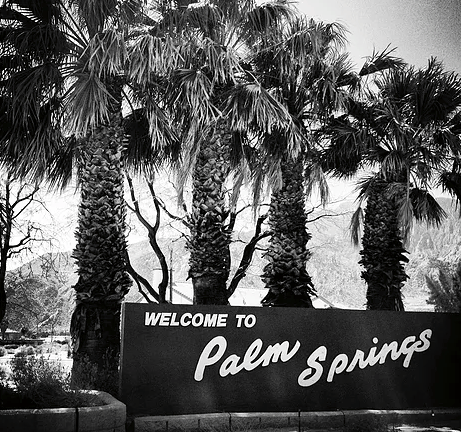 Since the 1920s, Palm Springs has been Hollywood’s desert playground for celebrities to relax and escape from the hustle and bustle of showbiz. The legendary “Two-Hour Rule” of Hollywood studios put Palm Springs on the map as a perfect getaway. Actors under contract had to be available within two hours from the studio just in case last-minute film/photo shoots had to occur.